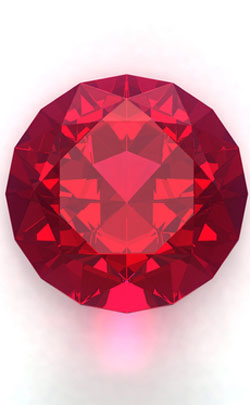 Ruby is the main focus for the 40th wedding anniversary gift both in color and the gem. The pink or blood red gemstone is one of the most sought-after gems due to their luscious color and beautiful look. They are perfect for a bright, bold ring, necklace or for earrings and your wife would adore having jewelry with rubies in them. The whole theme for the 40th year wedding anniversary is the ruby, even the modern day equivalent is still the ruby and therefore you should look for many items that have the gorgeous red stones in them. 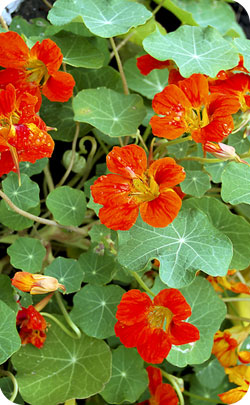 As with other wedding anniversary dates that have flowers associated with them, the 40th wedding anniversary is connected to the nasturtium flower. Also known as the tropaeloum, this stunning red flower carries on the ruby theme and looks beautiful either by itself or grouped together. There are yellow flowers and different species but to keep with the “ruby” theme the red ones are perfect. Your spouse’s face will light up when she sees the nasturtium jewel and you can be assured that it will be one of the most memorable and unique gifts you could ever buy her. The great thing about the tropaeloum is that it can be eaten. You could add the petals to salads or use the leaves to eat in stir fries – in fact all of the parts of the flower can be eaten.

The 40 year Anniversary Facts and Figures 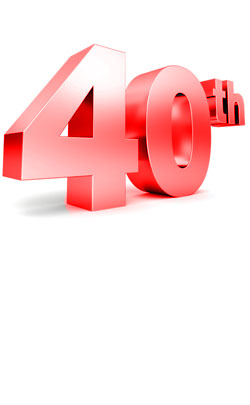 During this time you would have shared, on average, over 109,500 hours of snuggle time (sleeping!) or about 12 years, 6 months; assuming you don’t work together you’ve been apart for over 84,576 hours which is about 9 years, 8 months. You would have by now shared about 31,800 meals together which equates to approximately 2 years, 1 months of continuous eating!