The Silver Wedding, to give the 25th year anniversary it’s proper title, is the first anniversary where the various anniversary lists converge and all call it the Silver wedding, except for the flower list, which states Iris as the appropriate flower for 25 years of marriage.This is one of the very original wedding anniversary celebrations that can be traced back to its original roots in Austria/Prussia where it was called the “Silberne Hochzeit” The celebration is now popular having been brought over by the many European families who have made America their home.

The 25th anniversary is the first of the major anniversaries after all being married for a quarter of a century is no small achievement!

So what is the best way to commemorate or celebrate 25 years of marriage?

There certainly is no prescribe method and there are many options:Renew your Vows – this can simply be a small ceremony in the church of your choice or perhaps it can be a flow blown re-enactment of your original marriage ceremony or even if, when you married 25 years previous, you did not have the funds to do your wedding justice this is the time to improve on the original!Have a Party – Silver Wedding parties are frequent, it is tradition to put no gifts on the invitation however it is also tradition for people to ignore this statement so do not get offended if they do!Have a Holiday – 2nd Honeymoon if you like, Cruises are a very popular choice for celebrating your 25th Wedding Anniversary 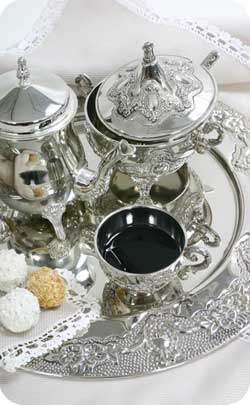 Commemorate with something in Silver – With the couple’s children often of wage earning age by now they often club together to commemorate the event with a signature piece of giftware in silver. A common choice used to be a Silver Tea set although nowadays there are many great gift ideas available in silver so you will be spoilt for choice.The Gemstone wedding anniversary list shows Sterling Silver associated with this Anniversary. Sterling Silver is silver however it would have some form of mark normally an assay mark denoting it’s quality by the amount of silver in the item, to be classed as sterling silver it should have at least 925 parts per 1000 parts. 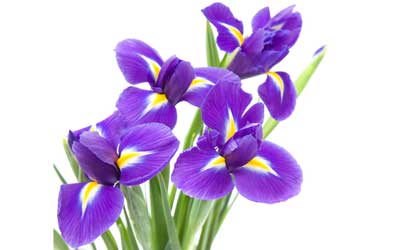 The Flowers Wedding anniversary list associates the Iris as the appropriate flower. From the language of flowers the purple Iris declares Ardour e.g. “You have set my heart a-glow”

What does 25 years or marriage bring? 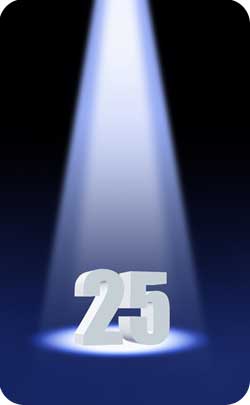 During this time you would have shared, on average, over 68,000 hours of snuggle time (sleeping!) or almost 8 years; assuming you don’t work together you’ve been apart for over 52,000 hours which is about 6 years and have had over 19,000 meals together which equates to approximately 470 days of continuous eating!