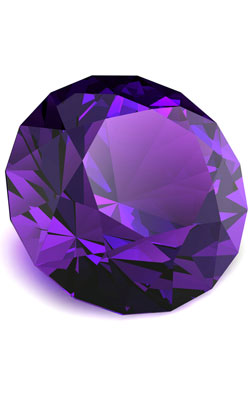 It’s your 33rd wedding anniversary and you’re looking for something amazing to buy your husband or wife to show your appreciation over the years that you’ve spent together. Even though you know each other so well, everyone needs a little inspiration and that’s what we have created for you. If you follow the links on the page you will see some fantastic gifts for your 33rd wedding anniversary.

Normally, wedding anniversaries have certain symbols or items that are connected to them or a theme to buy the 33rd wedding anniversary gift, but the 33rd doesn’t. Usually there are traditional items, flowers and gemstones but only the 33rd wedding anniversary has a modern-day equivalent for gifts and they are based on the gem amethyst. The stunning gem is used in an array of jewelry and back in Roman times they used to drink wine from vessels made from amethyst to try and stop them becoming inebriated, but whatever you buy that has an amethyst gem in it, be it a bracelet, earrings or necklaces or even a ring, you can be assured that the beautiful purple/blue color will make her eyes light up.

That’s the beauty about buying a wedding anniversary gift that is some sort of jewelry, as it doesn’t just last forever but it can be worn with a myriad of different outfits and look perfect with each one. Unlike some gifts that might wear out or be kept for extra special occasions, you can make the most of amethyst as it’s so versatile.

Even though there are no flowers or gemstones, the amethyst is classed as a modern day themed gift, associated with the 33rd wedding anniversary, you can still go ahead and buy some gifts that aren’t traditionally connected to the date. As you know your wife or husband so well, you will know exactly what to get but let us help you with your gift buying process as we have a selection of fantastic products and items to give you a helping hand.

If you’re buying a 33rd year wedding anniversary gift for your husband and you don’t think he would like amethyst then take a look around and buy something memorable that he’ll treasure for a very long time. You could buy him a watch or a piece of artwork, or simply buy him a few items that you know he’d like. Unlike birthdays and festive times, the wedding anniversary gift is all about your spouse and that’s where you might need a little help to be inspired but at the end of the day you’ll know exactly what to buy – but we have some fantastic gifts on our site that we know will really help sway your decision for your 33rd wedding anniversary gift purcashes.

The 33 year Anniversary Facts and Figures

During this time you would have shared, on average, over 90,300 hours of snuggle time (sleeping!) or about 10 years, 4 months; assuming you don’t work together you’ve been apart for over 69,775 hours which is about 7 years, 12 months. You would have by now shared about 26,300 meals together which equates to approximately 1 year, 9 months of continuous eating!